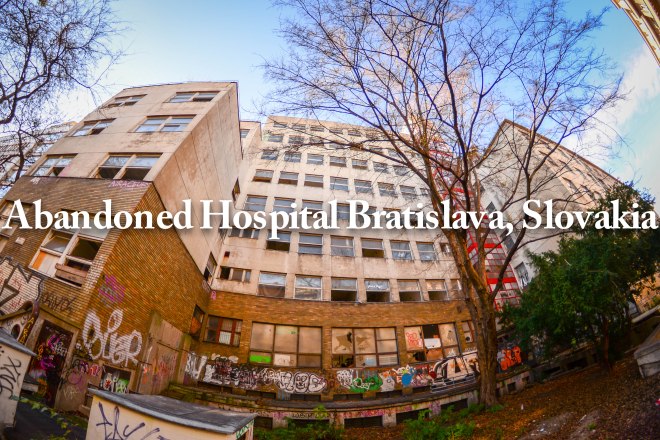 I was excited to be invited to come along to explore an abandoned hospital. My friend said, “I went on the outside of the building but didn’t want to head in alone.” The following day we head down to the eastern part of the Old Town in Bratislava. The hospital is located right across from the Blue Church.

We noticed that the front door was open and some cars parked right in from of the hospital. My Australian friend and I was debating if we should go and ask if we can look around or just come back later. As we were talking our French friend walked into the building. Our questions was answered at that point. We followed her into the Hospital. I quickly tried to take some pictures before anyone came. I only manage to get a couple of pictures in before a big Slovakian man and what looked like two junkies came to us. They were speaking in Slovakian with and angry voice. We couldn’t understand anything they were saying.  Once we started to speak english to the man pointed to the door and we promptly left the building. 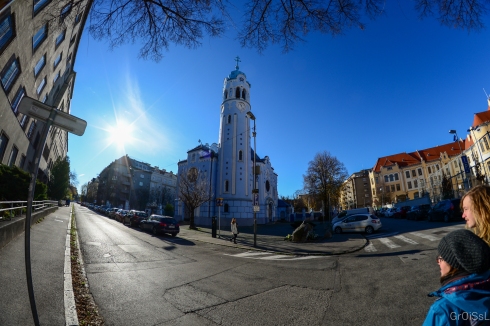 Check out my adventure from the abandoned Wola Gas works in Warzawa, Poland.