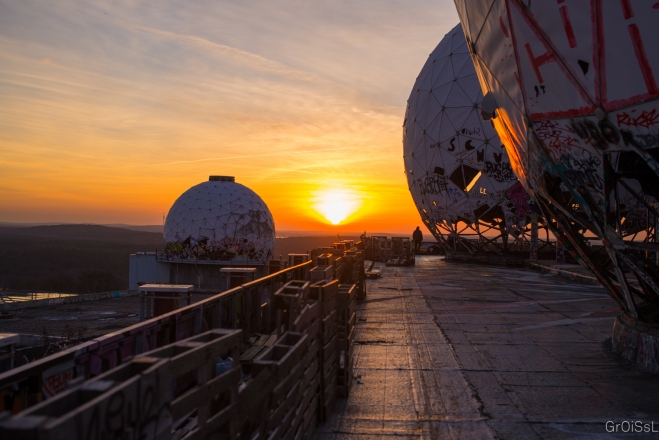 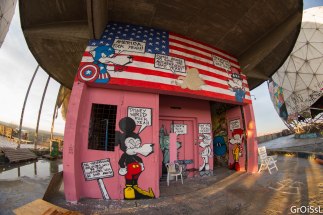 I decided to take a day trip to Teufelsberg one day while I was still in Berlin. This is the relics of the former US listing tower that was built over Nazi college remains in West Berlin. When I reached the top I began trying to find an opening in the fence. As i began to walk around i noticed all off the holes in the fence have been fixed meaning someone has been really trying to keep people out. When I finally thought I found an opening there happened to be a guard there. Little did I know that you had to pay to go in. That kinda took away from the excitement of finding an abandoned place and entering it but of well. 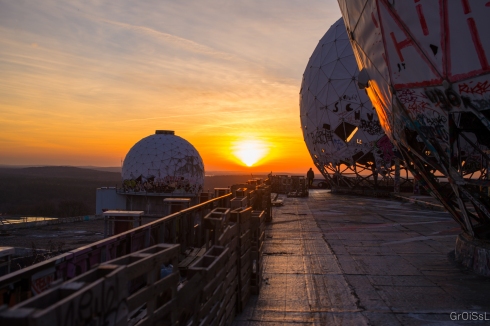 When I started to walk I around I noticed this place is more of an art gallery then an abandoned building. Some really great pieces of art on the walls of this abandoned place. There were only three people walking around when I was there and the place was quite big so it felt like I had the place to myself.  Hearing the howling of the wind was a little creepy when I was in one of the radomes.

It’s a bit of a hike from the train station to get there. All you need to do is take the S-Bahn, S9 or S75 to Heerstraße. If you have a GPS or a map you’ll be fine.